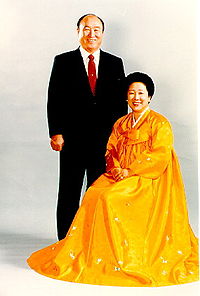 Retrieved from "https://sun-myung-moon-archive.org/w/index.php?title=Sun_Myung_Moon_archive&oldid=10389"
Categories:
This page was last edited on 27 January 2023, at 14:21.
This page has been accessed 592,263 times.
Privacy policy
About Sun Myung Moon Archive
Disclaimers
Contact